In the summer son decided to read books set in different countries. So after drawing & painting a map of the world, asking our local bookshop & twitter for suggestions he was ready to set off.

It was an epic journey discovering new authors, trying different genres, hunting out books set in exotic locations & remembering to write a postcard from each book. 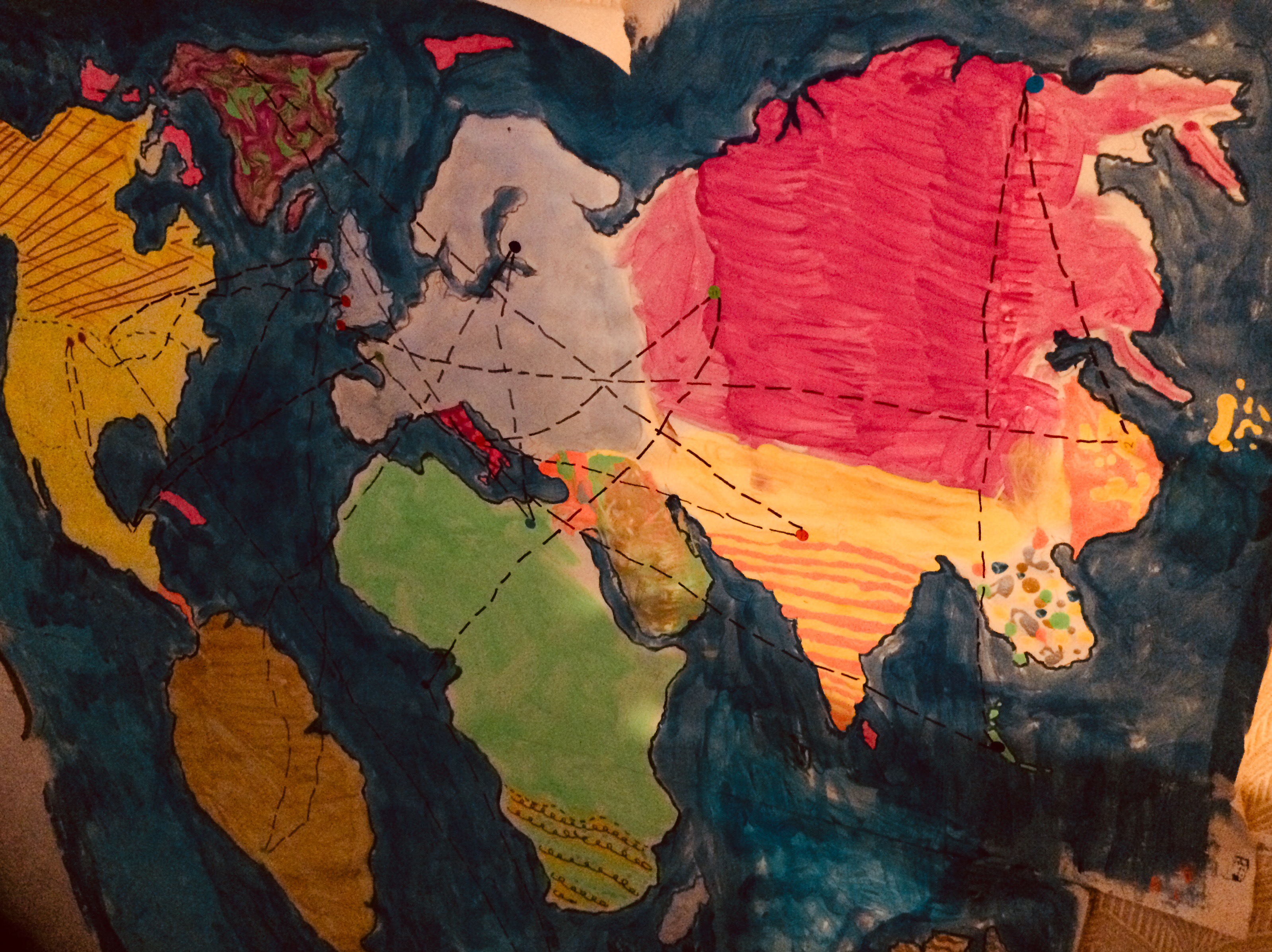 ANTARCTIC – Below Zero by Dan Smith

BRAZIL – Journey to the River Sea by Eva Ibbotson

CANADA – Spynosaur in The Spys the Limit by Guy Bass

Peril in Paris by Katherine Woodfine

INDIA – Running on the Roof of the World by Jess Butterworth

PAKISTAN – I Am Malala: The Girl Who Stood Up for Education and was Shot by the Taliban By Malala Yousafzai with Christina Lamb

The Whispering Mountain by Joan Aiken

From the Mixed-up Files of Mrs. Basil by E. Frankweiler