Both our children are currently big Octonauts fans – if you haven’t come across the Octonauts, they are a team of underwater explorers who featured in a series of books by a Canadian duo jointly known as Meomi. The books have been made into an incredibly popular TV cartoon shown in the UK on the CBeebies channel (the BBC channel aimed at younger children). 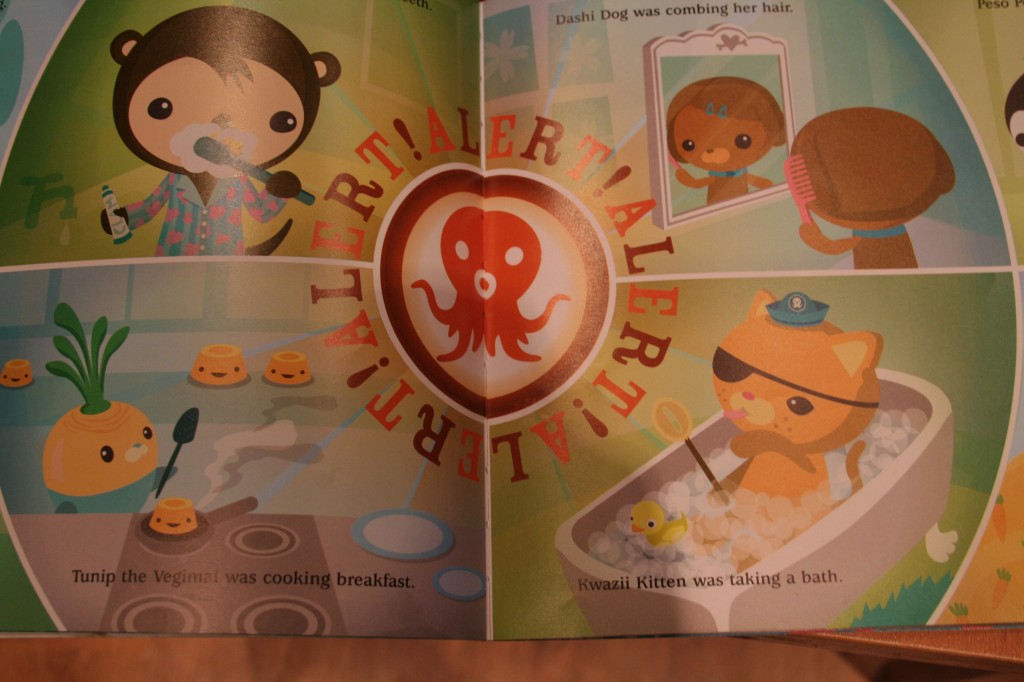 While you can get an extension (called a shield) for an Arduino to record and play sound (e.g. http://www.ladyada.net/make/waveshield/) I hadn’t got one of these, and I thought a simpler (and in some ways more satisfying) approach would be to have the Arduino joined up to the computer and have a button on the Arduino trigger a sound/video file on the computer. A quick search found the Octoalert website – with a clickable Octo-alert image which then plays an mp3 of the Octo-alert sound. Given this was already there and worked, my idea morphed into triggering the alert from this website by simulating a ‘click’ on the image.

A simple ‘button press’ program for the Arduino is available from http://www.oomlout.com/oom.php/products/ardx/circ-07 and I adapted this slightly so that the LED flashed several times on a single button press, and so the button also controlled the output to the serial port – which allows the Arduino to send data back to the computer it is joined to. The Arduino code looked like this:

On the computer side I needed a mechanism to read the output on the serial port – I found a hint on how to do this here http://playground.arduino.cc/Interfacing/Ruby. I also needed a way of accessing the Octoalert website – I knew there was a Ruby Gem to control a browser called Watir, so I got this installed, and after a few false starts (the task was complicated by the fact that clicking the button on the website actually runs some javascript) I got some code working that could read the input from the Arduino and trigger the necessary javascript on the website: